In days of old, when folks were more connected with the earth from which we came, planting according to the phases of the moon was common.  In fact, the knowledge of gardening in sync with the signs of the Moon and the Zodiac is still used in the “old” countries and interest in it is making a resurrection of sorts in this country as well. 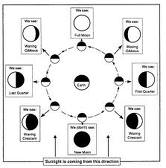 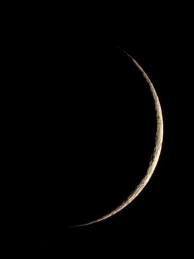 My Italian grandparents always had gorgeous and bountiful gardens — and apparently my grandfather did most things according to the signs of the moon.  He would never even let my grandmother cut his daughters’ hair unless it was the right phase of the moon.  (To this day, my mother, 80 years of age this summer, has beautiful, thick hair, as did my grandfather until the day he died, in his late 80’s!).

Planting your gardens according to the signs of the moon is really quite simple.  You see, the moon affects more than just the tides.  The whole earth is a gravitational field and the moon pulls from one side of the earth to the other.  When it is in its “new” phase, waxing, it’s pulling moisture up, thus you would want to plant crops that grow above the ground from the NEW moon to the Full moon.  When the moon is going “down” (waning), it is pulling moisture down.  Plant crops that are root crops which grow under the ground on the OLD moon (after the full Moon), when the moon is “waning”. 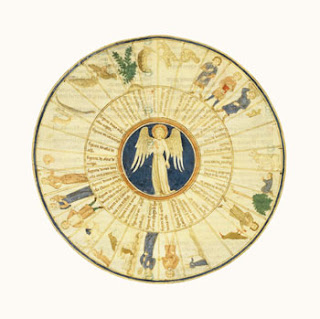 The signs of the Zodiac are also guides for planting, as some signs are more fertile than others.  This is not stuff that only “wierdos” know!  It’s very scientific, and renewed study has begun on it lately.  As the moon travels around the earth, she travels through the 12 different signs of the Zodiac, beginning with Aries, then Taurus, Gemini, Cancer, Leo, Virgo, Libra, Scorpio, Sagittarius, Capricorn, Aquarius and Pisces.  Some of these signs are more moisture-laden than others, and, hence, the soil affected by the moon’s travel through the differing signs is more or less receptive to the seeds being planted.  They can be actually considered “barren”, as are Gemini, Leo, Virgo, Sagittarius, Aquarius and Aries.  Taurus, Libra and Capricorn are considered “semi-fruitful” and Cancer, Scorpio and Pisces are considered the most fruitful of all signs to plant under.
For more information, check out gardeningbythemoon.com. They produce a beautiful Moon Calendar, which makes it very easy to know when to plant which crops.

PLANTING POTATOES ON THE WANING MOON IN THE SIGN OF CAPRICORN IN 2010: 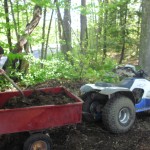 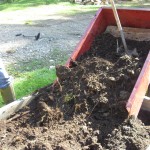 Adding Compost to Enrich the Soil 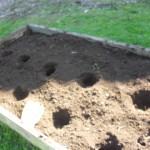 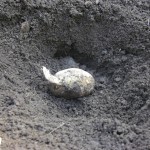